The players from the Indian men’s hockey team in Tokyo engraved their names in the history books after they drove the team to a bronze medal win at the Tokyo 2020 Olympics.

India needed to win a vigorous, exciting, and exhausting clash against Germany that went directly down to the last possible second. Despite trailing following on two separate events in the match, India figured out how to pull off a dazzling comeback 5-4 win to go past Germany and procure a podium finish. Credit: Wionews

According to Time.com the following athletes made history at the onging Tokyo Olympics. Read below. 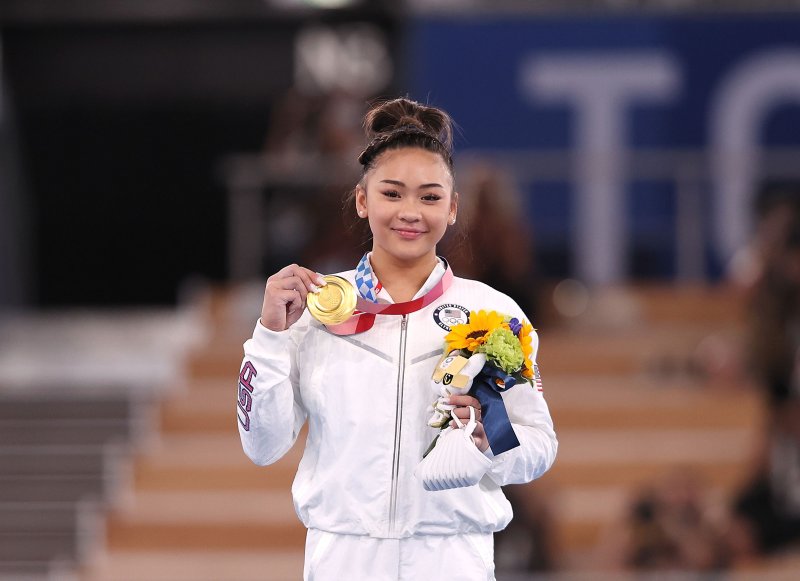 Sunisa Lee became the first Hmong American Olympic gold medalist after she bested the competition in the individual all-around competition. The 18-year old also helped Team USA win silver in the team all-around final and won bronze in the uneven bars final during her Olympic debut.

The tiny island of Bermuda found its first Olympic champion in Flora Duffy who won the country’s first-ever gold medal after competing in the women’s triathlon, where she swam, biked, and ran her way to victory.

Alana Smith, an American skateboarder, was the first openly non-binary Team USA athlete to compete at the Games. They said in an Instagram post that their goal for the Games was “to be happy and be a visual representation for humans like me.” 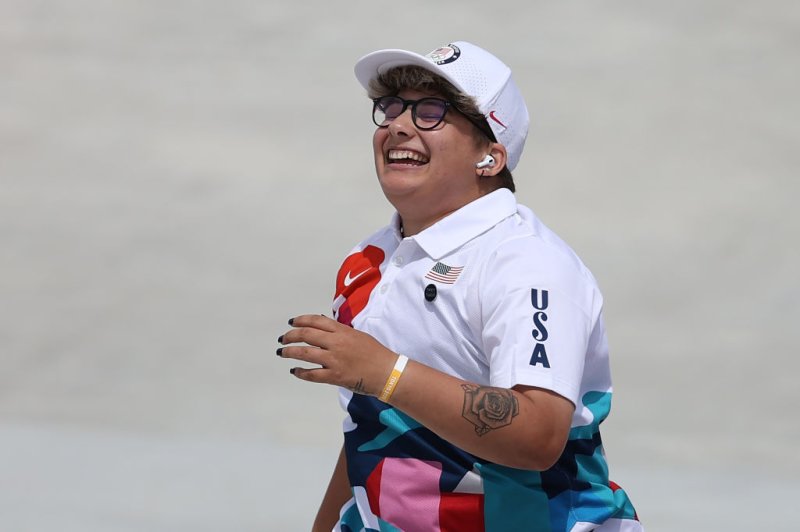 When weightlifter Polina Guryeva lifted 217 kilograms (478 lbs) she won the silver medal—the first medal for her country since it declared independence from the Soviet Union. “No sport in Turkmenistan has had a medal, not one medal,” she said, according to the Associated Press. “I’m so in shock.”

First siblings to win gold on the same day 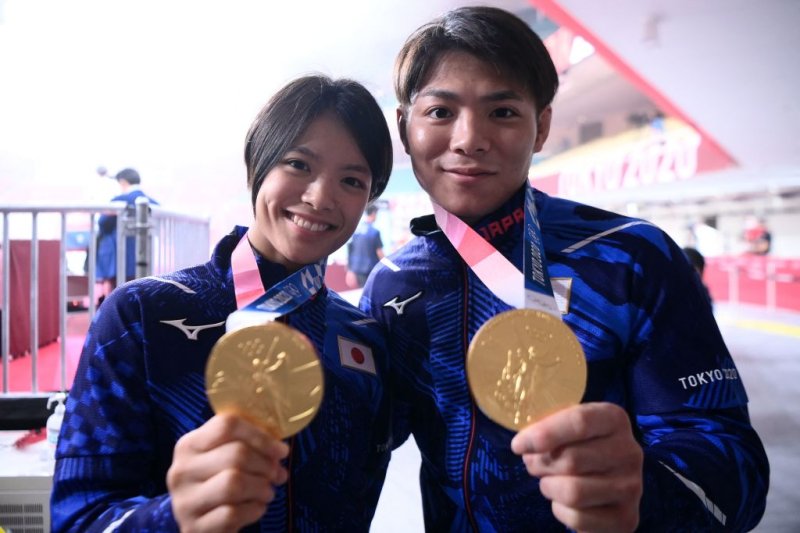 Brother and sister Hifumi Abe and Uta Abe of Team Japan each won gold in their respective judo divisions. Their wins made them the first siblings to win gold in individual events on the same day, the IOC reported.

Smallest country yet won a medal

When Alessandra Perilli earned a bronze medal in women’s trap shooting, it was the first-ever medal for San Marino, the tiny nation in Southern Europe. As an added fun fact, Perilli’s feat helped San Marino, with a population of only 34,000, become the smallest country to ever medal at the Games. Perilli went on to win another medal, this time silver, in the mixed team trap category with Gian Marco Berti. Myles Amine won another bronze medal for the country in wrestling. 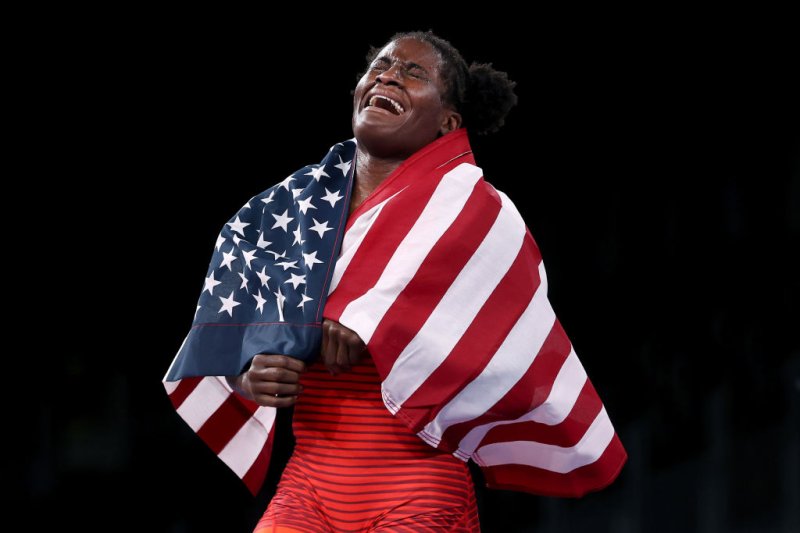 Katie Ledecky cemented her place in swimming history by bringing her cumulative Olympic individual gold medal count to six, more than any swimmer except Michael Phelps. She also won the first-ever women’s 1,500-m freestyle gold as the event made its Olympic debut (men have been swimming the race for a.

Also in the pool, Australia’s Emma McKeown won seven medals in Tokyo, tying the record for the most medals any female Olympian has ever won in a single Games. (The record was set by gymnast Maria Gorokhovskaya of the Soviet Union in 1952).

The Tokyo Games are the “first gender-balanced Games in history,” the IOC reported. Almost 49% of the athletes competing are women. The Paralympics also have a record number of female competitors, the committee reports.

The Philippines won its first gold 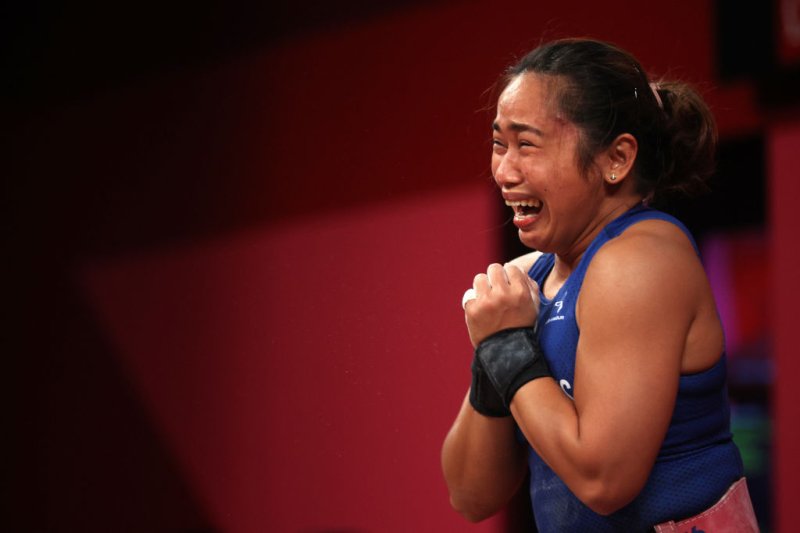 While transgender athletes have been welcome to compete in the Olympics since 2004, no one has done so openly until now. This year, Canadian soccer player Quinn became the first openly trans athlete to win an Olympic medal; Canada’s women’s soccer team won gold. New Zealand weightlifter Laurel Hubbard was the first trans athlete to ever compete in the Olympics. And Chelsea Wolfe, a BMX freestyle alternate, became the first openly transgender athlete on Team USA. 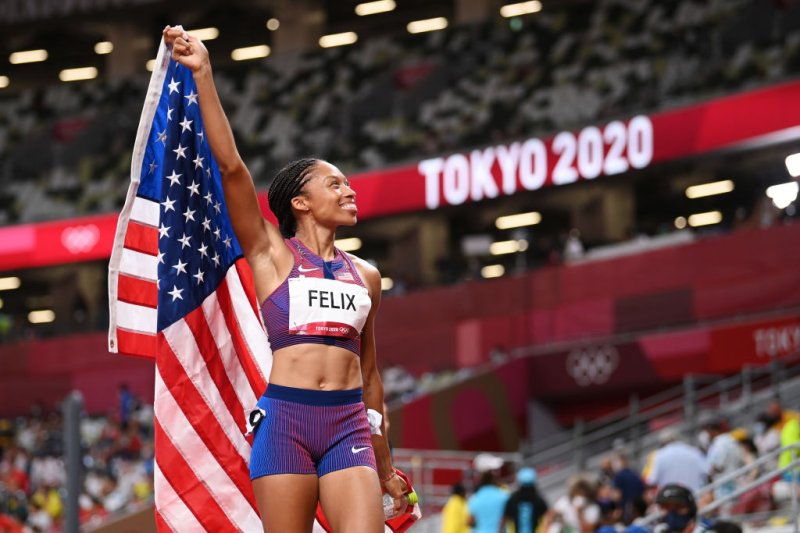 Allyson Felix of Team USA reacts after winning the bronze medal in the Women’s 400-m final on day fourteen of the Tokyo 2020 Olympic Games at Olympic Stadium on Aug. 06, 2021 in Tokyo, Japan. Matthias Hangst—Getty Images

Allyson Felix, with a third-place finish in the women’s 400 m, won her 10th Olympic medal to become the most decorated Olympic female track-and-field athlete of all time. She’s also tied with Carl Lewis for the most Olympic medals won by a U.S. track athlete.

Some of the youngest athletes ever competed—and won medals

Twelve-year-old table tennis star Hend Zaza of Syria was the youngest competitor ever in her sport in Olympic history. At 13, Team Great Britain skateboarder Sky Brown was her country’s youngest-ever athlete to compete in the Summer Games. Team Japan skateboarder Kokona Hiraki, 12, was also the youngest Summer Olympian for her country.

It is no news that 2021 is bringing a lot to soccer world. From Messi’s sudden exit from Barcel

Check out the Olympic Medal Table as at today.

The 2020 Olympics is still ongoing in far away Tokyo. See how the medal table is as at today. 1 Peopl